During the reign of Czar Nicholas I (1825-1855), the Russian mints produced some of the most beautiful coins in the world. And that is not all; today some of them are considered some of the biggest rarities worldwide.

The first coins made from platinum were minted here. In 1828, the Sankt Petersburg mint produced the first coin of this kind, a 3 rouble piece. The coin was made from pure platinum, or “white gold” as it was named back then. It had a weight of 10 g., and, as the similar Russian coins, it depicts the Imperial Eagle on one side and the value on the other, written as 3 roubles “na serebru”, literary “in silver (roubles)” that meant that it corresponded to 3 coins of 1 rouble (each 20 g.). Under the value, the mintmark SPB appeared. Circular, around the value, it was written the weight in old Russian system, that it has a weight of “2 zolotniki and 4 dolia of Ural platinum”

This coin was followed by a 6 rouble coins, with a weight of 20 g. and similar design and in 1830 by a 12 rouble coin, with a staggering weight of 40 grams of platinum.

These coins were minted in small number until 1845 when the production stopped. The mintage was usually very low, in most cases around 100-200 pcs, a “common” coin having around 1000 pcs.

Why did Russia mint such exotic coins?

The value back then was very high for a coin of 3 rubles. The 5 rouble coin was made from gold, with a weight of around 6,5 gr. And when the cost of bread was 1 kopeek (1% of a rouble) it is clear that this coin was produced with a special purpose.

Also, in 1828, the platinum was considered less valuable then gold. Ten roubles in gold meant 12 g. but in platinum meant 35 g. This means that the gold was twice valuable then platinum.

Why did Russia mint such coins, hard to produce, in low mintage, with high value? And why the sudden stop of the production.

It seems that this coin was produced at the beginning as a special gift for the high rank people of the Empire or for the other kings or emperors of Europe. Also the problem of minting a precious coin, made not from gold or silver, was taken into consideration.

Today, these coins are very rare and expensive. Usually, a 3 rouble coin will go around 1500-2000 $, no matter how worn it is. The 6 rouble is scarce and expensive because of the weight and the 12 rouble is considered one of the rarest coins of Russia and the world. 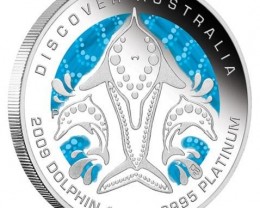