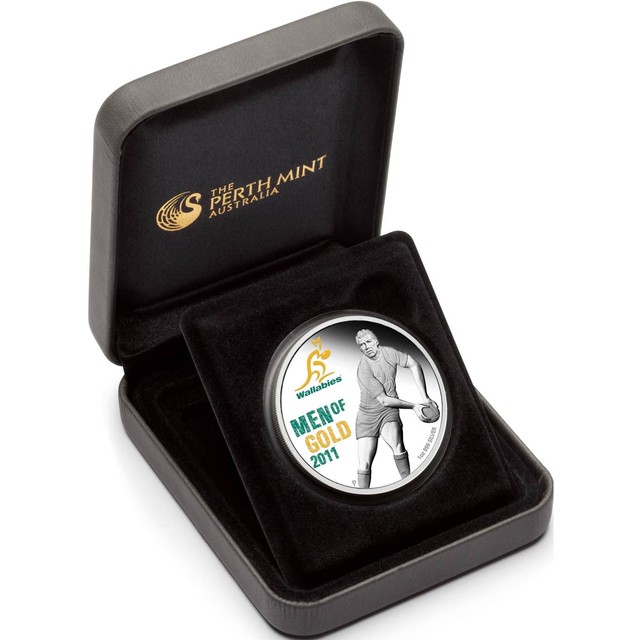 The Wallabieshave competed in all six Rugby World Cups, and won the World Cup on two occasions – in 1991defeating England and in 1999 defeating France.

Currently, Australia is ranked second in the International Rugby Board World Rankings.

Struck by The Perth Mint from 1oz of 99.9% pure silver in proof quality,theWallabies – Men of Gold coin is the official coin of the ARU.

The coin’s reverse depicts a Wallabies player in action, holding a rugby ball. The design features the famous Wallabies green and gold colours and official logo. The design also incorporates the inscription MEN OF GOLD 2011 and The Perth Mint’s ‘P’ mintmark.

No more than 5,000 of these coins will be issued by The Perth Mint.

The coin is housed in a classic display case and presented within a coloured shipper featuring the team colours.