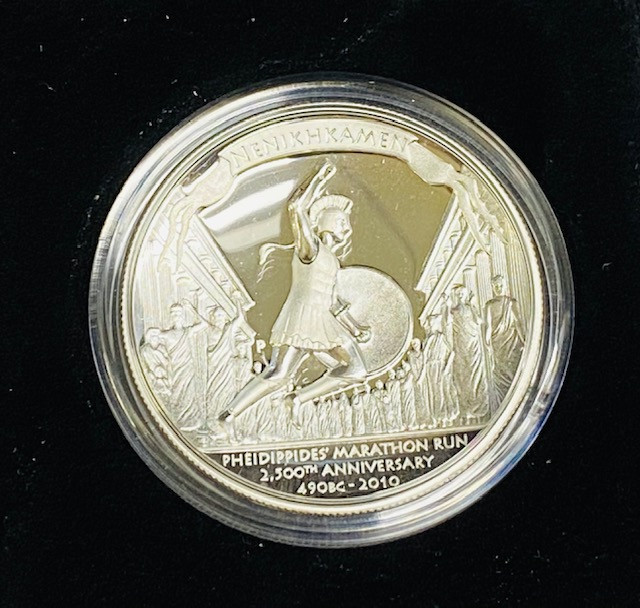 According to tradition, this year marks the 2,500th anniversary of Pheidippidis’ 25-mile run to Athens with news of the Greek army’s historic triumph at the Battle of Marathon. His remarkable long-distance achievement inspired the introduction of Olympic marathon running in 1896, and has also influenced countless ordinary joggers to attempt the gruelling 26.22 miles at one of today’s many high-profile marathon events.

Aimed at all those who’ve dared to follow in Pheidippidis’ footsteps, this anniversary commemorative is struck by The Perth Mint from 1oz of 99.9% pure silver in proof quality.

The coin’s high-relief reverse portrays Pheidippidis’ arrival in Athens at the end of his famous run, where legend suggests he proclaimed victory with the word “nenikhkamen” (we have won) before expiring. As well as The Perth Mint’s ‘P’ mintmark, the design incorporates a scroll with the inscription NENIKHKAMEN.

Issued as legal tender under the authority of the Government of Tuvalu, the coin’s obverse depicts the Raphael Maklouf effigy of Her Majesty Queen Elizabeth II and the 2010 year-date.

The Perth Mint will release no more than 5,000 of these coins worldwide.

Each coin is housed in a presentation display case and illustrated shipper. 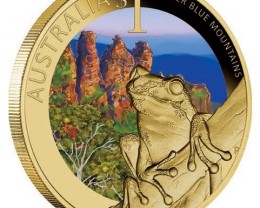 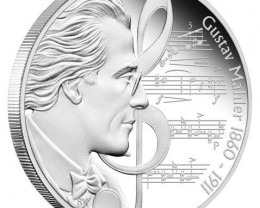