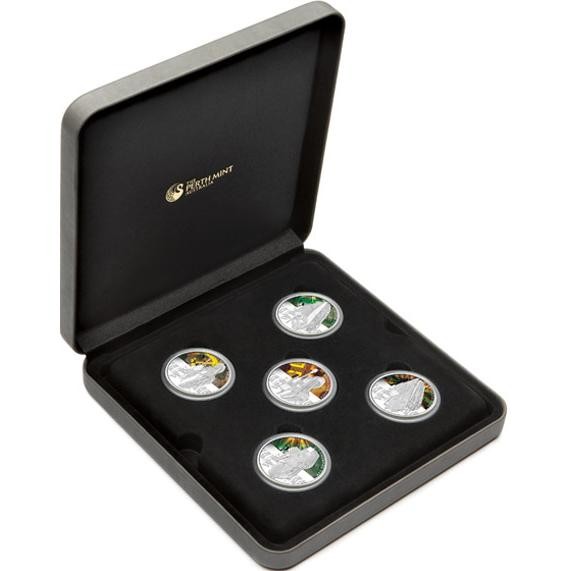 AUCTION IS FOR THE FIVE SILVER COINS AND CASE AS IMAGES

The Perth Mint has created a coin set that truly reflects the formidable power of the tanks of World War II. Collectors will revel in these stunning releases, which include designs of the British A22 Churchill, the American M4 Sherman, the Japanese Type 97 Chi-Ha, the Russian T-34 and the awesome German V1 Tiger tanks.

Each coin is meticulously struck from 1oz of 99.9% pure silver in proof quality.

The reverse of each coin depicts a detailed image of a legendary WWII tank. The design is struck in frosted relief contrasted by a coloured background which highlights the national emblem of its country of origin. The Perth Mint’s ‘P’ mintmark is also featured on the reverse of each coin.

Issued as legal tender under the authority of the Government of Tuvalu each coin features the Raphael Maklouf effigy of Her Majesty Queen Elizabeth II on its obverse.

No more than 1,500 of these coin sets will be released worldwide.

Displayed in an iron-grey coloured presentation case, the set is delivered in a dramatic, army-green illustrated shipper - a sight to thrill any World War II aficionado! 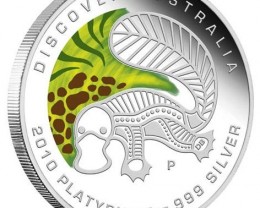 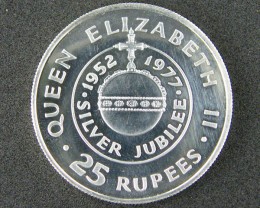 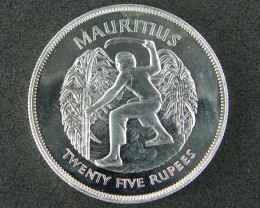