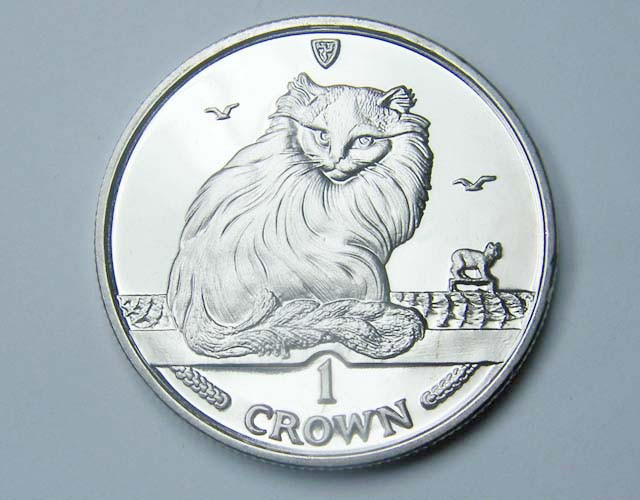 The Turkish cat is now widely bred throughout the world and includes the white, black, and blue smoke Angoras. In warm weather, it sheds its magnificent silky coat and takes on the appearance of a short-haired feline. The 1995 cat coin beautifully captures the fine distinctive features of the breed for all time. 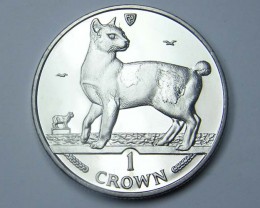 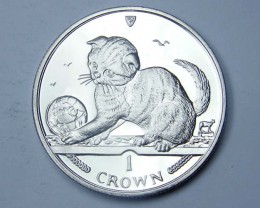 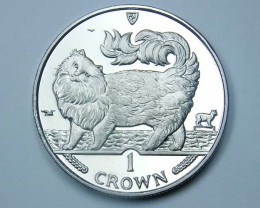 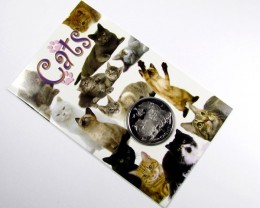