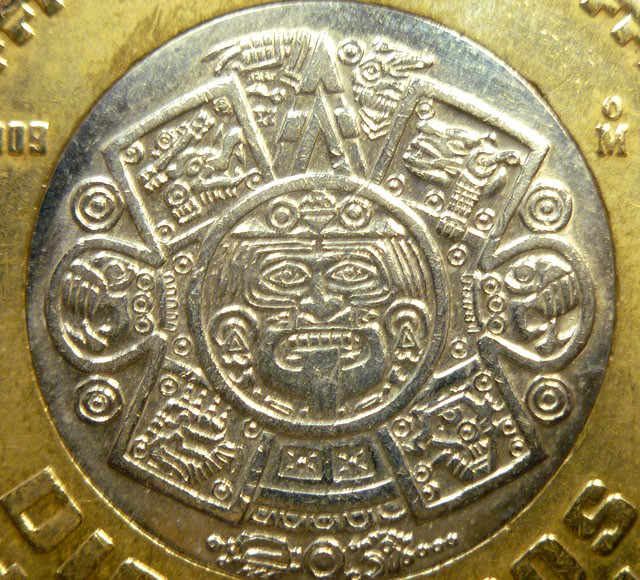 The $10 peso coin shows the Tonatiuh (the Sun    God) contained in the center of the Aztec Sun Stone.

The coin is two tone colours and set in sterling silver clasp pendant with service chain.

Tonatiuh (pronounced Toh-nah-tee-uh) was the       Aztec sun god. This deity had both a positive and negative      aspect.  As a benevolent god, Tonatiuh provided humans and other      living beings with warmth and fertility. In order to do so,      however, he needed sacrificial victims.

Tonatiuh was also the patron of warriors,      especially of the important jaguar and eagle warrior orders,      among whose duties was to capture war victims to sacrifice in      his honor.

Tonatiuh governed      the era under which the Aztecs lived, the era of the Fifth Sun.      According to Aztec mythology, the world had passed through four       ages, called Suns. The first era, or Sun, was governed by the      god Tezcatlipoa       , the second one by Quetzalcoatl, the third one by the rain god       Tlaloc, and the forth one by the goddess Chalchiuthlicue. The       current era, or fifth sun, was governed by Tonatiuh. According      to the legend, during this age the world is characterized      bymaize eaters and it will violently come to an end, through an      earthquake.

One of the most famous images of Tonatiuh is       represented on the stone of Axayacatl, the famous Aztec      calendar.  At the center of the stone, the face of Tonatiuh      represents the current Aztec world, the Fifth Sun, whereas the      surrounding symbols represent the calendric signs of the past      four eras. 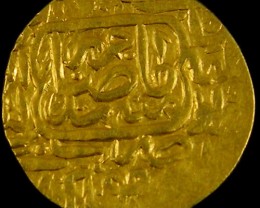 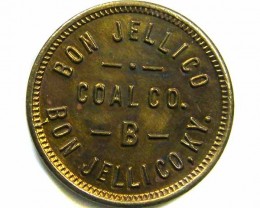 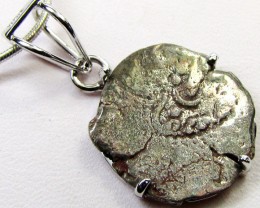 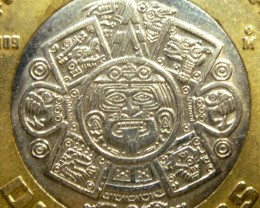 ok.... was thinking inside also silver, but before ´93 only