40 years of friendship Australia and china 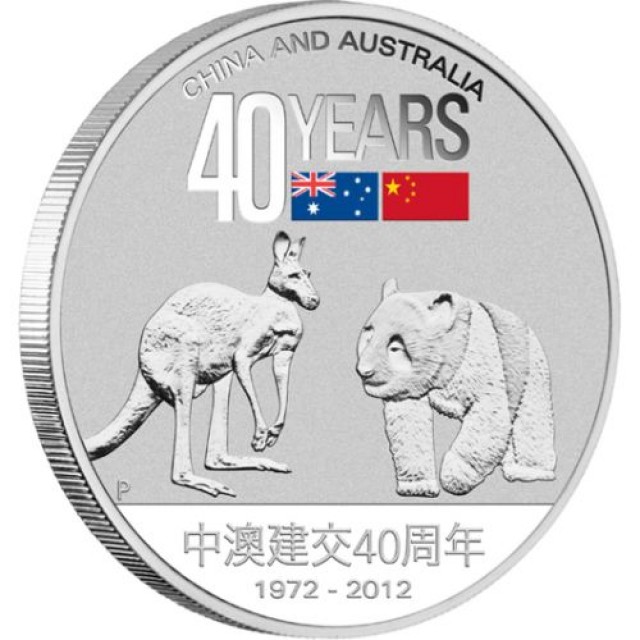 As Australia’s specialist precious metals mint, The Perth Mint is proud to release a commemorative coin celebrating the 40th anniversary of friendship between the Commonwealth of Australia and the People’s Republic of China.

Struck from 1oz of 99.9% pure silver in specimen quality, the coin’s reverse portrays the animal emblem of each nation, the Kangaroo and Giant Panda, headed by the Australian and Chinese flags in colour.

The design also features the inscription CHINA AND AUSTRALIA 40 YEARS, in English and Chinese, the dates 1972 – 2012, and The Perth Mint’s ‘P’ mintmark.

Since formal diplomatic relations were established on 21 December 1972, interaction between both countries has resulted in improved cultural ties, cooperation and economic growth.

Perth Mint Sales and Marketing Director, Ron Currie, said that China is one of the largest emerging coin markets in the world and is a natural progression for our collector coin business.

“There is no doubt that the blossoming affiliation between both countries has resulted in The Perth Mint becoming a major supplier of coins to China, and we’re delighted to mark this milestone with a fitting patriotic tribute”.

“With a Perth Mint representative based in Shanghai, and firm recognition of our Australian Lunar series already established amongst Chinese collectors, we’re optimistic of our ability to evolve within this key market over the next 40 years”, he continued.

Issued as Australian legal tender, the obverse of the coin bears the Ian Rank-Broadley effigy of Her Majesty Queen Elizabeth II and the monetary denomination.

With a limited mintage of only 5,000 and priced at an affordable $99.00, the coin is anticipated to be very popular among collectors. 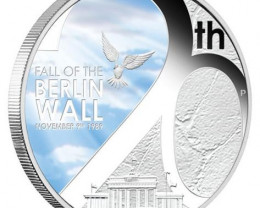