The coin minted by the Persian Empire was named the daric. It was made of gold and had a weight of around 8,4 gr.

It was first introduced by Darius I (522-486BC) at the end of the 6th century BC. It was not a new coin for the ancient perisan coins, because it was inspired by the Lydian system, the oldest in the world. 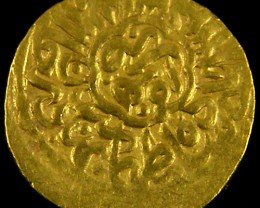 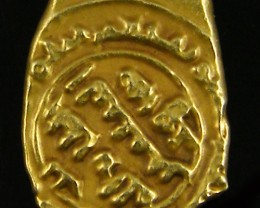 The ancients, like Herodotus, thought that the coin was named after Darius. Only in modern times, the scholars proved that the name was actually inspired from the form *dari that means golden in Old Persian. The Greeks named this coin dareiko sometimes adding stateros that was a weight of around 8 grams and also a nickname for the gold coin unit. Sometimes the name is accompanied by the form chrousio that in Greek meant gold.

The daric and the silver coin, the siglos (mentioned in the Bible) were the coins that circulated throughout the empire and beyond.

The Daric was the basis of the system and had a weight of around 8,3-8,5 gr. The siglos was only around 5,5 gr and by calculating the exchange rate, the gold:silver ratio was around 1:13,3 at the time.

Because it was made of gold and the Greek cities didn’t mint any gold, it circulated all over the ancient world, as international currency. The Greeks used the gold daric alongside the electrum coinage, a gold-silver alloy, minted by cities from Asia Minor. For example, a gold daric had the value of one electrum stater minted by Cyzicus, a stater made from 55% gold and 45% silver and with a weight of around 16 gr.

Moreover, it seems that the mints of these coins were from Asia Minor, a place with a large number of important Greek cities under the Persian domination.

The daric coin showed on one side the image of an archer, kneeling usually to the right. This archer was identified with the King itself. The image was so popular and well known that when Alexander conquered the Persian Empire, around 150 years after the death of Darius the Great, he minded some coins, double darics, with similar images as the original ones.

The typology of this coin was established by E. S. G. Robinson:

We still do not know the exact chronology of these coins. Robinson gave a relative chronology but was unable to give an absolute chronology. Modern researchers supposed that the types I-III are minted by Darius himself and type IV by his sons, from 480 to 450 BC, maybe during the reign of Xerxes. 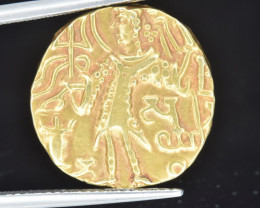 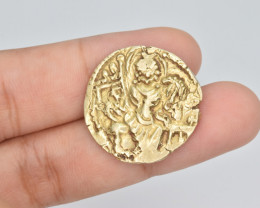 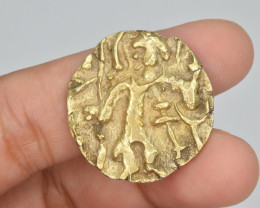 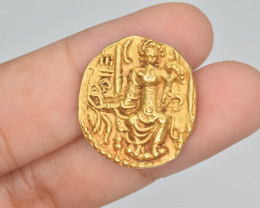