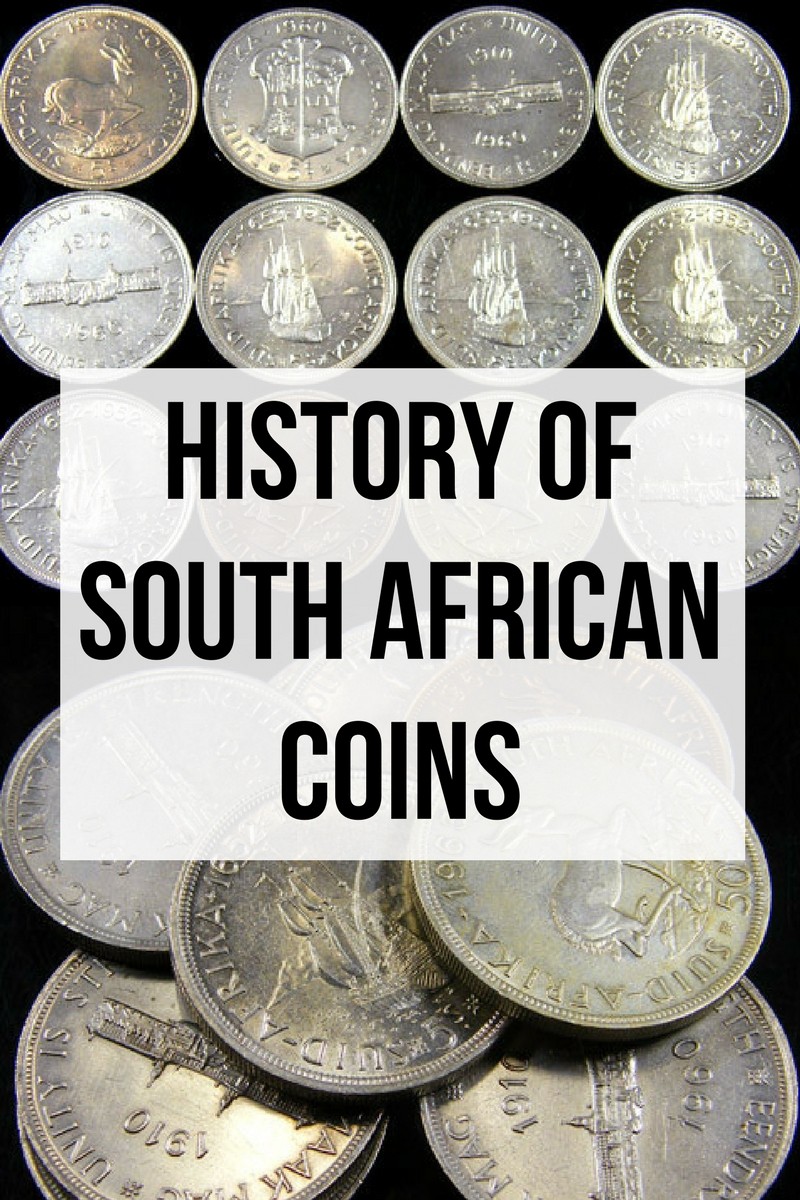 South Africa known formerly as ‘The Cape of Good Hope’ was administered as a Dutch colony between 1652 to 1795 by the famous Dutch East India Company. This continued until the British forces over ran the country and legalized the British currency from 1826.

By 1795 there was a continuous deficiency for the small change. From this the 1797’s cartwheel pennies were launched in 1800 and were acknowledged as stuivers.

South Africa did not issue their first coin until 1892, however the production was ceased in 1919 due to the war of the British occupation. As a result all the South African Coins were based on British coinage as they were a colony of Great Britain. The size and content was the same as the British coinage until 1962 when the country was made a Republic. The British 3 pence was nick named ‘Ticky’.

In the year 1806 to simplify the shortage of small coins, the ship guilder coins were sent into circulation. An additional supply of pennies and shillings became apart of the circulation and the Spanish Dabloon was revealed for the first time. Before and after the announcement of independence in 1854 of the Orange Free State, South African coinage was widely used. 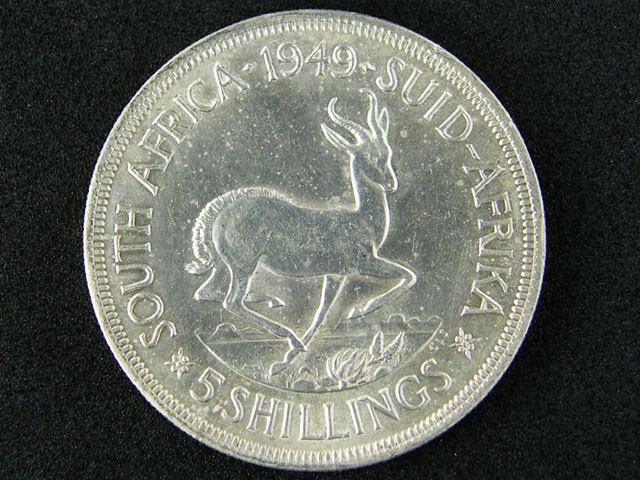 Historical Details about the Big Demand for South African Coins

Some individuals accumulate coins by keeping in mind its chronological value. A lot of coin collectors commited to collecting coins during a definite period of history such as the declarations of autonomy and wars. Coins can enlighten inimitable stories. Thus, South African coins have an immense historical value.

Moreover,  some of the precious and collected South African coins are the Griqua, Mandela R5 coin, 6 pence ZAR and Krugerrand. The trade for coins in South Africa tolerates the access of the leading collectors and investors. South African coins took its cost more than millions of US dollars. There is no any doubt of a coin’s legitimacy, as their coins are separately marked and legitimated.

There were 220,000 ZAR coins and 6 pence were produced in the year 1892 until 1997. It is one of the popular mintage during that period. It portrays Paul Kruger, and it has .0841 oz of silver. Zuid Afrikaansche Republiek coins appeared during Boer War in the year 1899 until 1902. The record behind the Krugerrand is that, South Africa presented the Krugerrands as one of their gold bullion coins since 1967 to serve the principle of providing the vast number of South African gold.

The South African Krugerrand Coin was considered as an authorized tender gold bullion coin that brought exactly 1 oz of pure Gold. After understanding a few points mentioned above concerning the worth and histories of such South African coins, the Mandela R5 assessed its own collection for itself! The Mandela R5 coin is derived due to its developed power, by the worldwide trade name “Mandela”.

In fact, Nelson Mandela is a part of the legend of South Africa and plays a considerable part in the history of South Africa. When the Mandela R5 coin becomes rare prospective generations will be fascinated by the legend as one of the best men that ever lived. However, the current system of South Africa is based on decimal with the unit of money referred “Rand”. Below is the listing of the coins that includes in circulation.

The South African 5 shillings features the famous Springbok in the centre of the coin. It contains 0.800 grams of silver and weighs 28.28 grams. This was South Africa’s iconic silver coin and they minted just over 1.4 million coins between 1948 to 1950 with the majority minted between 1948 and 1949. 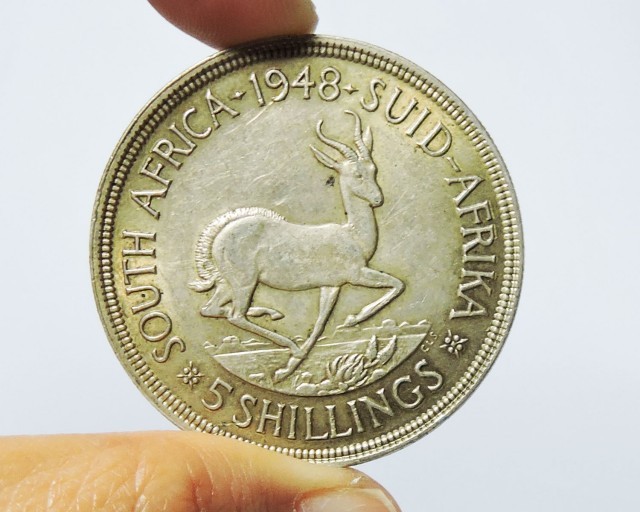 If 5 shillings was South Africa’s iconic silver coin, then the Krugerrand has been its iconic Gold coin.

In 1919 when silver prices started to increase the silver content was reduced from 925 silver to just 50% pure silver.

The Krugerrand was first minted in 1967 and by 1980 this gold coin accounted for nearly 90% of all worlds gold coins. It has more orange appearance than the gold sovereigns that South Africa minted at Pretoria. 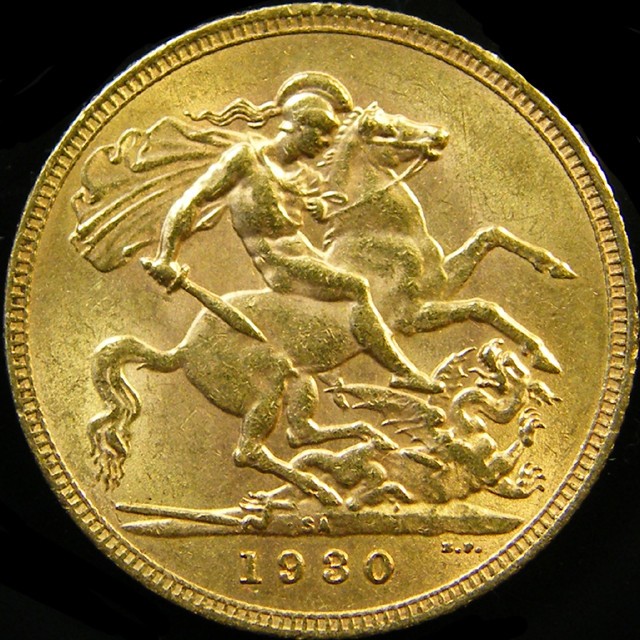 In 1927 the SAM minted 16,379,704 gold sovereigns. Sovereign gold coins were first minted in England in 1817 and the British colonies like South Africa, Canada and Australian minted this gold to the same exact engraving details as the original coin.

The production started at 50,000 coins per annum, but in 1978 6 million coins were minted, but production became slower after the end of apartheid with international sanctions. Over 50 million Gold 22 carat Krugerrands have been sold including one ounce, half troy ounce, tenth ounce Gold coin when the South African Gold mines were in full production. It is interesting how the mint made the 22 carat Gold coins weight over one ounce, but the Gold ratio is exactly one-ounce pure Gold.

The South African Mint (SAM) at Pretoria has minted coinage since 1923 and is highly regarded and respected coinage of Silver and Gold coins. SAM also mints blanks for other countries in Africa and even helps African countries develop their own Silver coins or currency circulation coinage.

The South African antelope, the Springbok has been made famous on both Gold and Silver South African coins and is very popular for coin dealers and coin collectors worldwide. 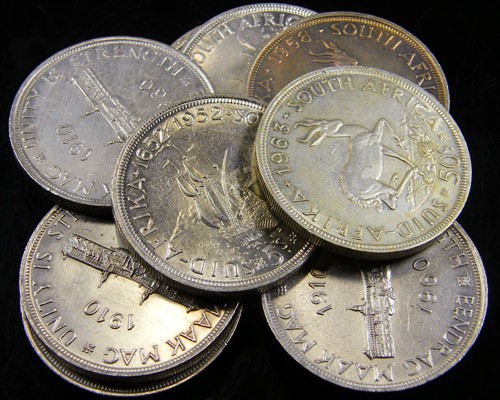 Djibouti is a small desert at the entrance of the Red Sea. This 1991 Aluminum 5 Franc coins represent the head of Waterbuck and showed a large steamship beside the traditional dhow. It also features a pair of camels. Meanwhile, the back of the coin illustrates a couple of large daggers, a pierce and a shield. These coins became part of the brilliant uncirculated sets.

This remarkable coin of Benin is classified in three diverse currencies such as 1500 CFA Francs, usual currency utilized by a vast of African state that was under French colonies. It is also designated as .45 Swiss Franc and 2.30 Euros.

This coin was released to trade 2005 coins in Italy, Switzerland, and Basel. It is also featured the Europe consisting twenty five members of Switzerland and European Union. In fact, the coin composed only 2005 mintage.

The Republic of Madagascar replicates the nation’s agricultural tradition. The 1 Ariary pictures a Pointsettia on one surface and Zebu’s head on the other surface. The 2 Ariary features a Zebu head Vanilla and plant. The rice plant is featured on the 5 Ariary.

Meanwhile, the man engraving peat is on the 7 sided 10 Ariary. A farmer plowing such field is set on the 20 Ariary. The Avenue of the Baobabs is featured on the 11 sided 50 Ariary. These coins dated from 1996 until 2005 and considered as brilliant uncirculated.

This 1970 eight coin South African Proof set consists of a range of wildlife and native plants. A couple of sparrows is designed with a bronze 1 cent, and 1/2 cent, a gnu is styled with the bronze (2 cents), a blue crane is on the structured with copper-nickel five cents, an aloe plant is on the copper-nickel (10 cents), protease with the (20 cents), a diversity of flowers, a bird-of-paradise and lily designed on the copper-nickel (50 cents). The 1 Rand is designed with (.800) pure silver and consists of (.3858) oz of silver. It features a springbok. The South African arms are also located on the obverse of each set.

Africa Mint developed relations and secured agreements in order to release these coins with top African leaders during 2003. Each four bi-metallic coins measure 28 millimetres in diameter and allow the currency of 6000 Francs.

Every coin portrays the president, the national flag along with the exact date of President’s term in office. The head of an elephant together with an inscription honouring the President illustrates its reverse. 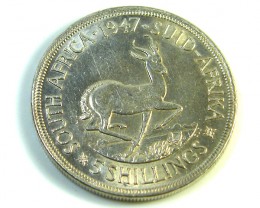 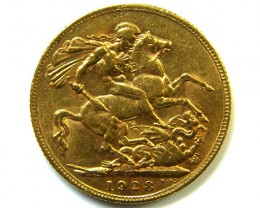 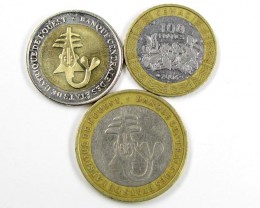 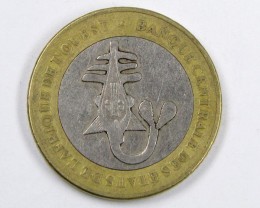 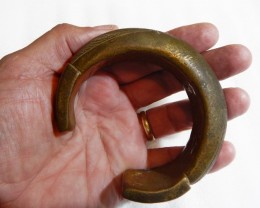 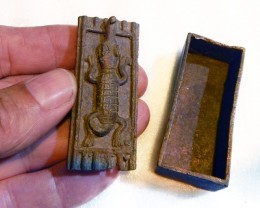