Commemorating a victory- Demetrios Tetradrachm with Neptune and prow

Demetrios was the son of Antigonos, one of Alexander the Great generals. Antigonos’ nickname was Monoftalmos or “one eye”.

After 323, Antigonos tried to become the most important heir of Alexander. Fighting Cassander, Ptolemy, Seleucos and Lisimah, his life was a combat and his home was the battlefield. He associated his son and heir. 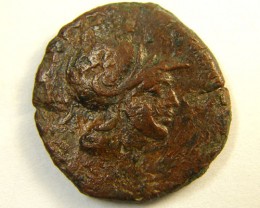 In 313 Antigonos ruled all Asia Minor and the eastern parts of the empire. He decided to do a dangerous step forward. He was until then the only general, with no connection to the Royal family of Alexander. But he considered himself suitable to be king. So he took the title of king. Almost instantly, his old enemies declared war. Antigonos was their equal, not their ruler.

War started again and this time for a long period.

In this moment, his son, Demetrios, took the command of the fleet and the western part of his father.

As commander of the fleet, his main task was to fight with the main naval force of the region- the Egyptian fleet of Ptolemy. Ptolemy was also allied with other two main harbours, Rhodos and Delos.

In 306, the combined fleet of Egypt, Rhodos and Delos were trying to reach the Greek coast, The landing of Ptolemy meant the lost of entire Greek for Demetrios and his father.

Near Salamis, an island in front of Athens, Demetrios waited the fleet of Menelaos, brother of Ptolemy.

There, he obtained one of the most glorious naval victory in the Ancient history. The Egyptian fleet was entirely destroyed. Demetrios was the sole ruler of the sea.

In the same year, as a result he conquered the island of Cyprus, one of the most important cities in the Aegean Sea.

The victory made him struck a coin, commemorating his success.

The coin is a tetradrachm a coin of 4 drachm. It had a weight of 16-17 grams of silver and it was destined for the payment of soldiers.

On one side it depicted a prow of a battle ship and a Victory (goddess Nike) standing to left. On the other side, as homage to the god of sea, Neptun, Demetrios dedicated the coin. The god is standing on his feet, holding his symbol, a trident. With his right foot, he is standing on a helmet, symbol of the crushing victory.

These coins were minted in large numbers and now are not so rare. A coin like this should not miss from a collection of ancient coins. 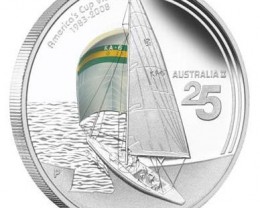 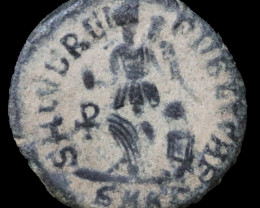 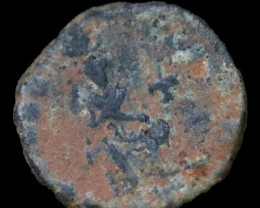 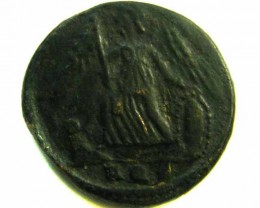