Morocco has been invaded and occupied by Phoenicians, Carthaginians, Romans, Vandals, Goths, Visigoths, Byzantine Greeks, and Islamic Arabs since about 1200 B.C.  Modern Morocco is the remnant of the Moors who occupied the region from the 7th century. Morocco was controlled by the French and Spanish from the 19th century, only until Morocco became independent in 1956. 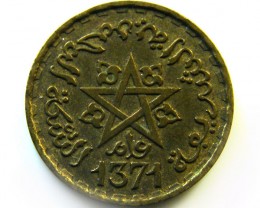