How to identify the Roman coins. The dating.

After you find out the coin’s issuer, you must find as much information as you need about the exact minting date. The emperor’s reign years are fine to start with, but this is only general.

The emperor’s official name has enough clues to help you. In some cases you can figure out even the month. In other cases, you can only find out a certain period of time, shorter then the reign years; however, this is better than nothing.

Every part of the emperor’s name is taken by him in specific events. The presence or the absence of one name is a clue.

On one side, the head and the legend L SEPT SEV PERT AVG IMP X. on the other side P M TR P V COS II P P.

The name starts with the formula IMP CAES, but here it can be understood without being written. The letter L is the standard abbreviation for Lucius, the first name of the emperor and SEPT SEV for Septimius Severus. PERT is the name of the adoptive father, Pertinax, emperor for 63 days in 193. AVG means Augustus and it represents his title taken in 193, at the beginning of his reign.

IMP has an interesting situation, it means Imperator. Imperator was his first name but it also indicates a function, similar to the general (or better said fieldmarschal), a glorious title given to a soldier after a great victory. The first Imperial title is taken at the moment of rising to power and after this moment it can be given frequently. Septimius tenth imperial title was taken in 197 and before 198, his eleventh imperial title.

PM means Pontifex Maximus and it is a title took in 193 and kept until his death in 211.

TR P V means his fifth tribunate, started at 10 december 196 and ended at 9 december 197. The next day he started his sixth tribunate.

COS II means consul for the second time. The first one took place in 194 (actually in year 189 he was consul suffectus or temporary, a secondary function) and the second in 194. The third started in the year 202 so by this title, the coin is minted between 1 january 194 and 31 december 201.

PP stands for Pater Patriae, the father of the country, and it is taken in 193.

All this information gives a precise date. This coin was minted somewhere between 197 and 198.

As I said, the absence of some elements can be a clue. For example, Septimius took the title Parthicus in 198. The absence of this title means that the coin is minted before 198. Or after 202, his name starts as SEVERVS PIVS AVG…. that can also be a dating clue.

Of course, all this information is hard to remember but, in time, with experience, it will be more and more easily to date a coin. Here are other tips:

Provincia originated from a simple task or duty within the Roman state. Under the Roman Republic , the magistrates were elected to office for a period of one year, and those serving outside the city of Rome , like the consuls on campaign, were assigned a particular “province”, an area of authority. The province did not require a definite territorial sense until Rome started expanding beyond Italy during the First Punic War, and the first permanent provinces ( Sicily in 241 BC and Sardinia in 237 BC) were set up.

During the Provincial tim es the Romans acquired masses of land such as: 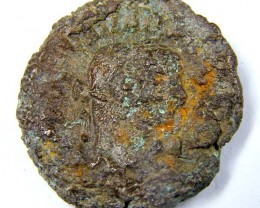