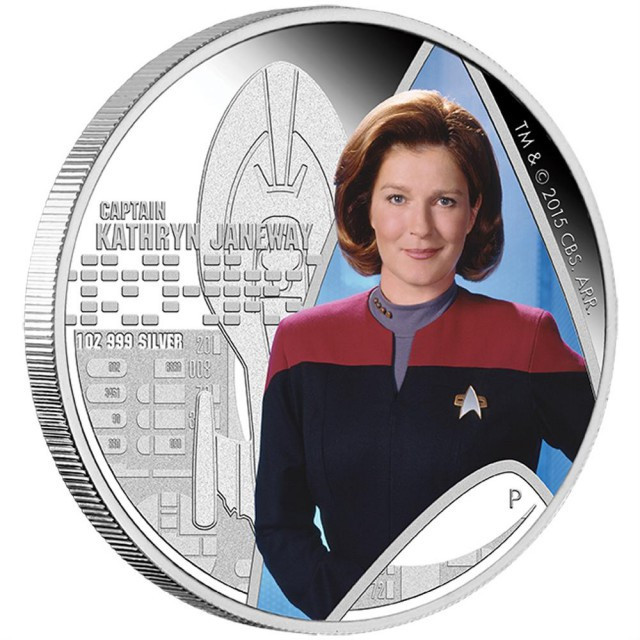 Star Trek: Voyager is the fifth incarnation of Star Trek. The series debuted in 1995 and ran for seven seasons until 2001. Captain Kathryn Janeway was the first female captain to feature as a lead character in a Star Trek television series.

The coin’s reverse portrays a colour image of Kate Mulgrew as Captain Kathryn Janeway as she appeared in Star Trek: Voyager, against a representation of the U.S.S. Voyager NCC-74656 and the inscription CAPTAIN KATHRYN JANEWAY. The design also includes The Perth Mint’s traditional ‘P’ mintmark, and the coin’s weight and fineness.

The coin is issued as legal tender under the authority of the Government of Tuvalu and features the Ian Rank-Broadley effigy of Her Majesty Queen Elizabeth II, the monetary denomination, and the 2015 year-date.

No more than 5,000 of the 2015 Star Trek: Voyager – Captain Kathryn Janeway 1oz Silver Proof Coin will be released individually from a maximum mintage of 6,500.

The coin is housed in a replica of a Star Trek transporter machine which lights up when the lid is opened, inside a custom designed display box, within a Star Trek themed shipper. Each coin is accompanied by a numbered Certificate of Authenticity. 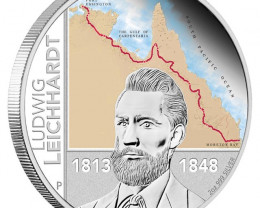