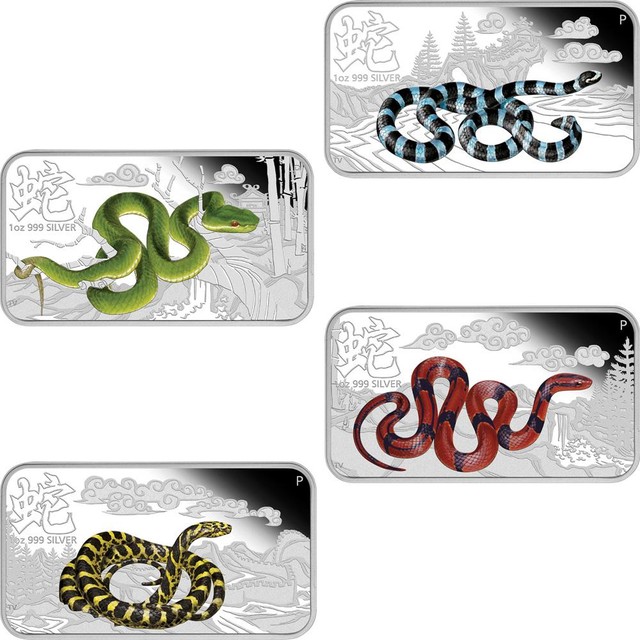 Celebrating the Year of the Snake, this four-coin set is a prestigious and exceptionally limited offering from The Perth Mint.

Each unique rectangle coin is struck by The Perth Mint from 1oz of 99.9% pure silver in proof quality.

Magnificent Year of the Snake Tributes

Each coin celebrates the 2013 Year of the Snake with an individual reverse coloured design portraying a Blue-Lipped Sea Krait, Yellow Banded Wolf Snake, Red Bamboo Rat Snake and Chinese Green Tree Viper. The Chinese character for ‘snake’ and The Perth Mint’s traditional ‘P’ mintmark are also included in the design.

Issued as legal tender under the authority of the Government of the Cook Islands, the Raphael Maklouf effigy of Her Majesty Queen Elizabeth II, the 2013 year-date and the monetary denomination are shown on the obverse of each coin.

No more than 3,000 numbered sets will be released by The Perth Mint.

The four-coin set is issued with a numbered Certificate of Authenticity.

The four-coin set is housed in an exciting contemporary display case, allowing a clear view of the reverse and obverse of each coin. 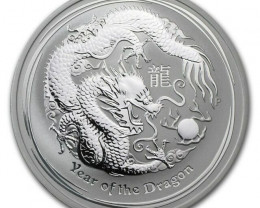