The first Austrian coins circulated in Austria   were minted by Celtic tribes such as the Vindelici, Boii and Norici in the 2nd centuryB.C. and were based on Greek and Macedonian coins. The center of the “Regnum Noricum ” in ancient geography was a Celtic   Kingdom made up of tweleve tribes stretching over today’s Austria and Slovenia .  This existed in the 1st and 2nd centuriesB.C. The most important settlement in Noricum , Magdalensberg in Carinthia was also a mint. The minting of tetradrachms (ancient Greek silver coins) at Magdalensberg began around 70B.C.  The silver coins of the Boii Celtic tribe, had founded a mint of their own near Bratislava around 60B.C., dominated as a means of payment in the Vienna   region. Apart from coins minted in various parts of the Celtic domains, mint quality gold coins and a large number of so-called subaerati coins (contemporary counterfeits consisting of a copper centre clad with a thin coating of gold) were found in the area of western Weinviertel.  This is an area in today’s province of Lower Austria , and was probably an important trade centre.

1780 Maria Theresa Trade coin of Austria was one of the most popular silver Trade coins of Europe and over 800 million were minted and each minting had same date 1780 and has been described a s one of the worlds most beautiful silver coin!

Arab countries would only trade with Europe for these recognized coins above any European coin..

During the reign of Emperor Augustus in 27B.C. to A.D. 14, the influence of the Roman Empire spread to nearly the entire area of present day Austria . The Roman troops started the construction of roads and the development of urban settlements and brought large amounts of Roman coins into the area along the Danube frontier, the limes. No mints were operated in the provinces Pannonia ,  Noricum or Raetia, for security reasons. During the string of battles at the end of the 2nd century A.D. and the disaster during the 3rd century A.D., when Germanic tribes overran the Roman provinces, a plague broke out and silver was in shortage, extensive developments led to the establishment of more mints in the Roman Empire. The Austrian territories were supplied by the mints at Aquilea and Siscia. Surprisingly, many of the Roman coins were counterfeit. This counterfeit is known as the limes falsa and seemed to have performed an important role in local payment methods and is thought to have been minted at the beginning of the 3rd century A.D. with no consent from the authorities to ease the shortage of small coins. Also, denarii subaerati, counterfeit silver-coated denars with a copper core, circulated in the limes regions 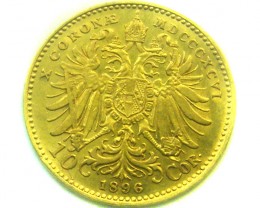 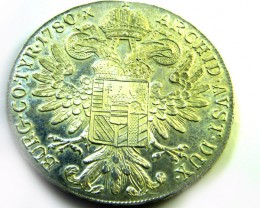 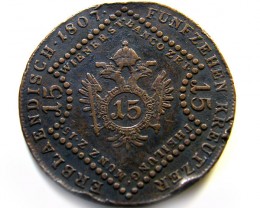 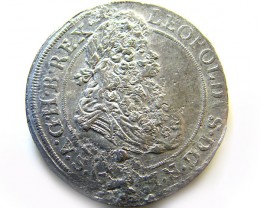 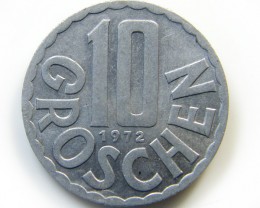 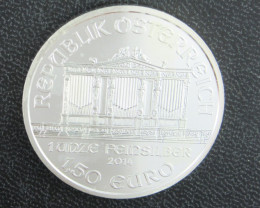 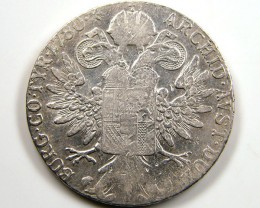 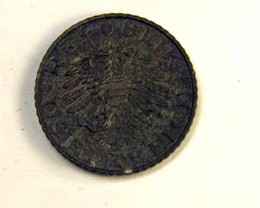 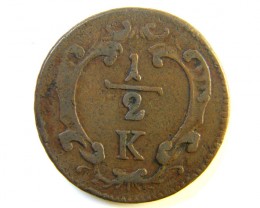 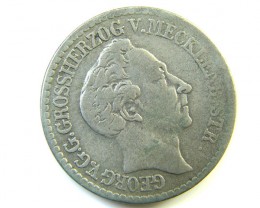 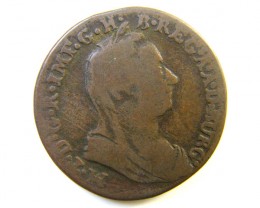 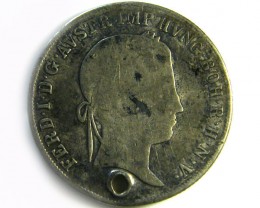 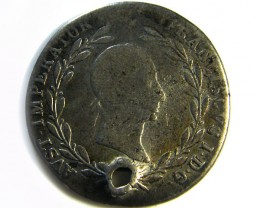 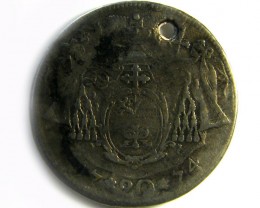