Penny coins were first minted London in 1911 to 1918 and also Birmingham and Calcutta Mints.

From 1919 the Copper pennies were minted in Sydney, Melbourne and Perth mints

Production of pennies s stopped in 1964

In 1930 no coins were ordered for production but the mint experimented with improving casts and around 1500 pennies were made in 1931 and are very valuable today. 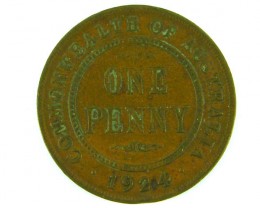 one penny 1924 with die crack through australia op 905 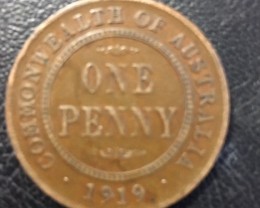 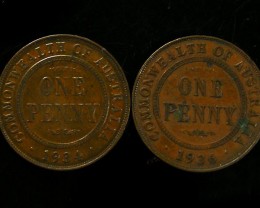 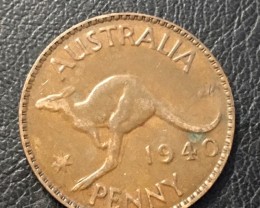 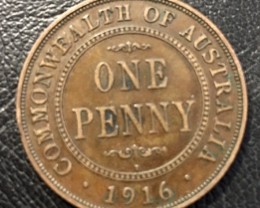 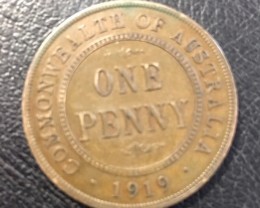