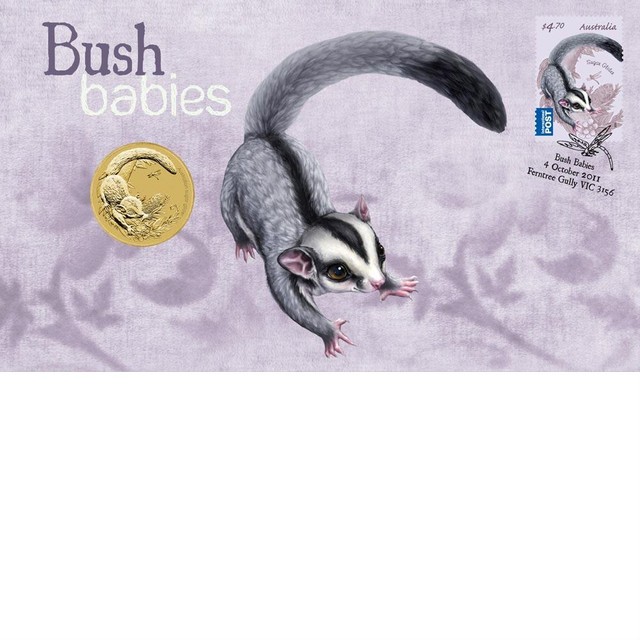 Struck by The Perth Mint in uncirculated aluminium bronze, the $1 coin in this delightful Stamp and Coin Cover portrays a cute baby sugar glider atop an impression of native wildflowers.  The design also includes the sugar glider’s insect ‘friend’, a dragonfly, and The Perth Mint’s ‘P’ mintmark.

Issued as legal tender under the Australian Currency Act 1965, the coin portrays the Ian Rank-Broadley effigy of Her Majesty Queen Elizabeth II and the 2011 year-date on its obverse.

The coin is housed in a beautifully illustrated envelope featuring an Australia Post $4.70 stamp depicting the sugar glider in colour.

The dragonfly forms part of the stamp’s special postmark.

Each coin is housed in a charming, specially designed card that fits inside the illustrated envelope with a circular window revealing the coin’s reverse and obverse designs. 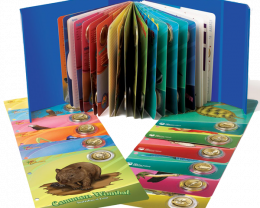