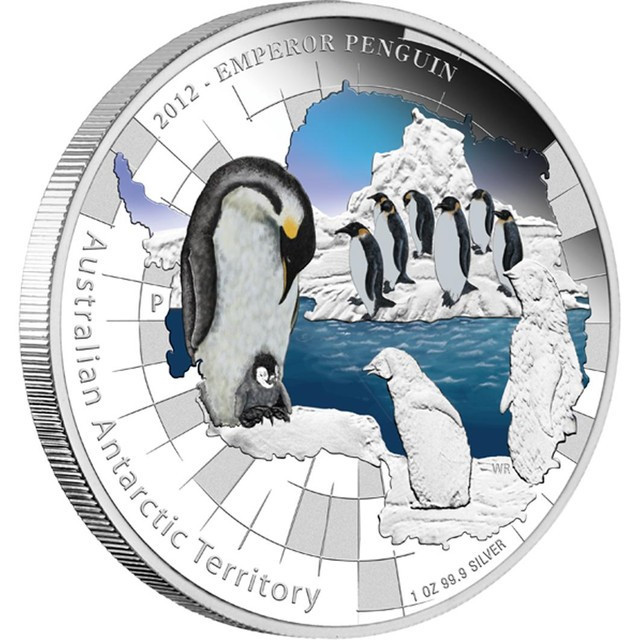 This fabulous release features the Emperor Penguin, a species popularly depicted in the Happy Feet movies. Don’t get left out in the cold, as previous coins in this series are no longer available!

The coin’s reverse depicts a coloured image of Emperor Penguins and two chicks standing on ice floes, which appear within the outline of Antarctica. The Perth ‘P’ mintmark is included in the design.

No more than 7,500 of these coins will be issued by The Perth Mint.

The coin is housed in a charcoal-coloured presentation case, which comes with a stylish outer shipper