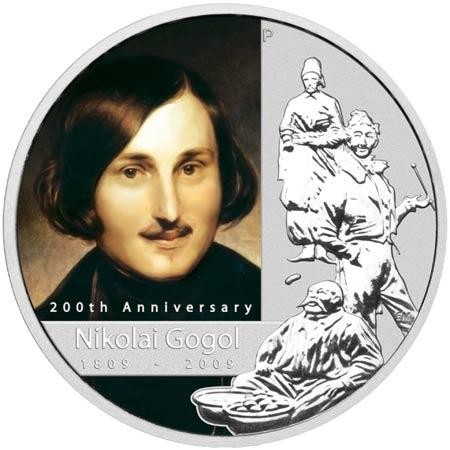 The first release from The Perth Mint’s Great Russian Minds series celebrates the 200th anniversary of the birth of Nikolai Gogol, the ‘father of realism’ in Russian literature. Born in Ukraine on 1 April 1809, the satirical writer produced some of Russia’s most important and best-loved plays, short stories and novels before his untimely death in 1852.

The coin is struck from 1oz of 99.9% pure silver in bullion quality.

The coin’s reverse depicts a coloured image of the famous writer accompanied by the inscription ‘200th Anniversary Nikolai Gogol 1809 – 2009’. The reverse also portrays three of his famous characters: Taras Bulba from the novel of the same name; Khlestakov, from the play The Government Inspector; and Patsyuk, from the short story Christmas Eve.

Issued as legal tender under the authority of the Government of Tuvalu, the coin’s obverse depicts the Raphael Maklouf effigy of Her Majesty Queen Elizabeth II and the 2009 year-date.

The Perth Mint will release no more than 6,000 of these coins worldwide.

Each coin is housed in a brown presentation display case and illustrated shipper. 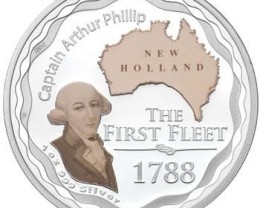 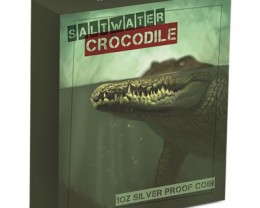 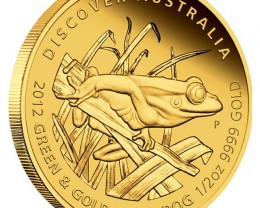 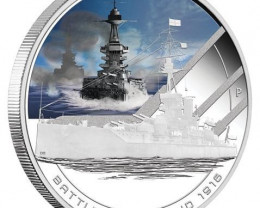